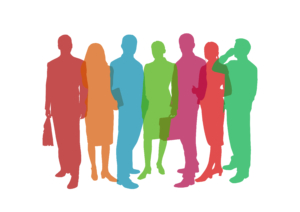 The Step Onward welcomed four new Board Members with outstanding records of service in 2022!

We are honored to have been chosen by our four new Board members this last year and look forward to their unique advisement and leadership throughout their terms.

Ms. LoVoi has worked on behalf of consumers, particularly low-income and immigrant consumers, throughout her career. She was appointed by Governor Ann Richards of Texas as the State’s first Ombudsman to execute projects leading to policy and management change in government practice.

Ms. LoVoi has been elected twice as a public official, serving as an at-large trustee for the 85,000 student Austin Independent School District. Following her work for elected officials in Texas state and federal government.  She was selected in 1997 as the first Executive Director of Texas Appleseed. Ms. LoVoi holds a Master of Public Affairs from the University of Texas at Austin. (See more about Annette on our Board page)

Dori Livingston
Dori Livingston is a retired Special Agent with over 26 years with the Department of Public Safety Criminal Investigations Division dedicated to positive and proactive outcomes. Dori felt a powerful desire to seek a new challenge in the profession of law enforcement, specifically in the arena of public schools.  Dori is currently serving as a School Resource Officer with Round Rock ISD Police Department.

Dori has always held a very deep passion for working with children and the opportunity to combine that passion with the profession that she loves. In addition to her experience and personal qualities, Dori has a solid educational foundation background earning her a Bachelor’s Degree in Computer Science at Concordia University and a passion for community protection and support. (See more about Dori on our Board page)

Mandy K. Parker
Mandy Parker is a native Houstonian, proud mother of Chase and Avary, and wife of Calvin D. Parks, esq. She spent a combined 15 years dedicated to the beverage industry and to producing special events along the Gulf Coast. Her niche is sponsorship activation and large event production. In 2008 she led a team that launched an entertainment division for one of Houston’s top tourist attractions. That endeavor birthed a national beer festival, an annual summer concert series, and a large-scale theatrical production.  She’s worked with some of the nation’s leading brands, such as Mercedes Benz, Coca-Cola North America, Heineken USA, and Monster Energy on brand engagement and special event activation. She’s collaborated on regional events and consulted on several national events and music tours. (See more about Mandy on our Board page)

Cha Guzman
Dr. Ana Margarita “Cha” Guzman has been a national leader in Education for the past thirty years. She served as president of Santa Fe Community College (SFCC) from September of 2012 to 2014. During her Presidency at SFCC retention rates increased by 12%, graduation rates by 47% and enrollment rates by 12%. Under Dr. Guzman’s leadership the Legislature approved a Higher Education Center that allowed Santa Fe students to have access to bachelors and graduate programs from public universities throughout New Mexico.

At Palo Alto College, where she served as president for 12 years, she increased enrollment by 61%, retention rates increased from 62% to 84% and continuing education revenues increased by 400%. During her tenure PAC garnered millions of dollars in Federal and State grants and was chosen to establish the first recovery high school in the State of Texas by the Bill and Melinda Gates Foundation.

Thank you Annette, Dori, Mandy, and Cha for your commitment to service with Step Onward Foundation!