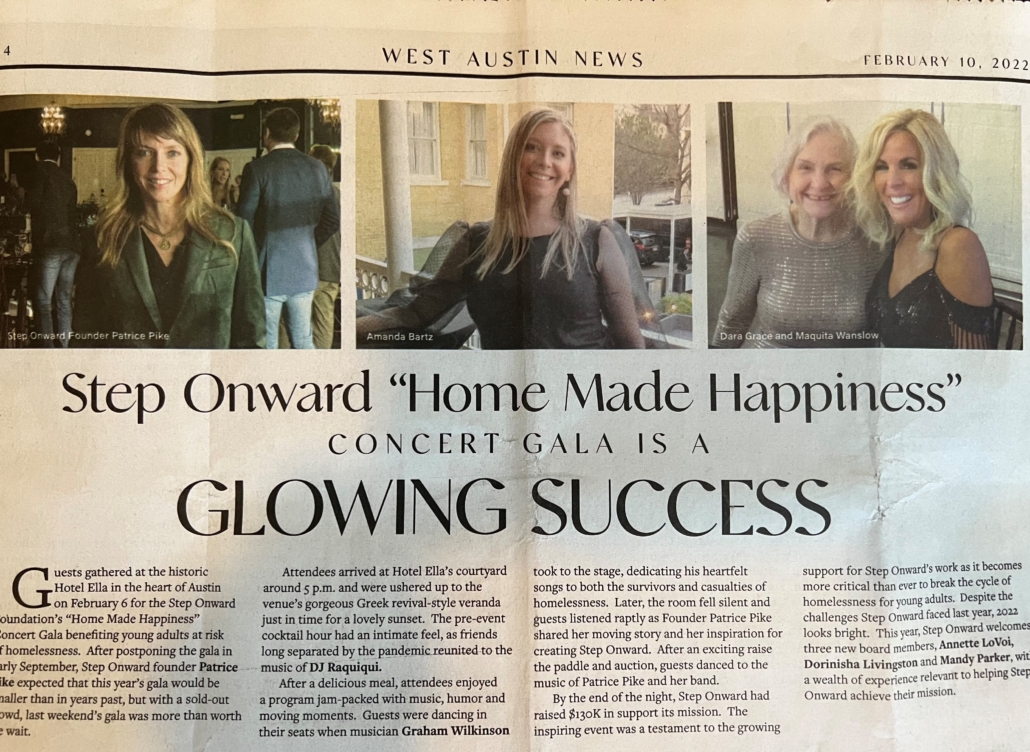 Guests gathered at the historic Hotel Ella in the Heart of Austin on February 6 for Step Onward Foundation’s “Home Made Happiness” Concert Gala benefiting young adults at risk of homelessness. After postponing the gala in early September, Step Onward founder Patrice Pike expected this year’s gala would be smaller than in the year’s past, but with a sold-out crowd, last weekend’s gala was more than worth the wait. Attendees arrived at Hotel Ella’s courtyard around 5 p.m. and were ushered up to the venue’s gorgeous Greek revival-style veranda just in time for a lovely sunset. The pre-event cocktail hour had an intimate feel, as friends long separated by the pandemic reunited to the music of DJ Raquiqui.

After a delicious meal, attendees enjoyed a program jam-packed with music, humor, and moving moments. Guests were dancing in their seats when musician Graham Wilkinson took the stage, dedicating his heartfelt songs to both survivors and casualties of homelessness. Later the room fell silent and guests listened raptly as Founder Patrice Pike shared her moving story and her inspiration for creating Step Onward. After an exciting raise in the paddle and auction, guests danced to the music of Patrice Pike and her band.

By the end of the night, Step Onward had raised $130,000 (on-site, in addition to the sponsorships of Keller Williams Realty International and other sponsors making the total, raised $242,000) in support of its mission. The inspiring event was a testament to the growing support for Step Onward’s work as it becomes more critical than ever to break the cycle of homelessness for young adults. Despite the challenges Step Onward faced last year, 2022 looks bright. This year Step Onward welcomes three new board members, Annette LaVoi, Dorinisha Livingston, and Mandy Parker, with a wealth of experience relevant to helping Step Onward achieve its mission. 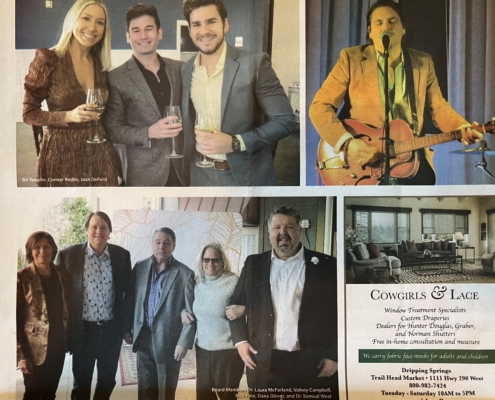 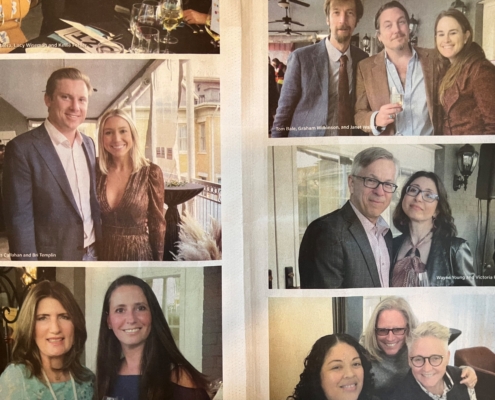 SOF Board on Leadership in Education, Mentorship, Fundraising, & Government...

Kicking off the 2023 Annual Concert Gala
Scroll to top